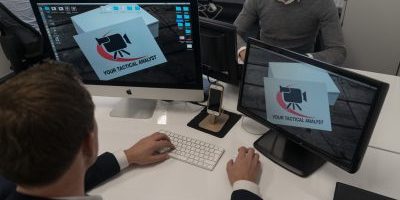 One of the most frequently asked questions regarding Tactalyse is whether our tactical feedback interferes with the tactics of the coach. It’s a fair question. We usually don’t speak with the coaches, so how do we know what the coach wants from his player? Aren’t we giving the player conflicting advice? It’s perfectly normal to be skeptical towards new and unknown things, so we’ll try to clear it up here.

Do we know the tactics of the coach and what he wants the player to do? Initially, no. So the first few sessions we have with a player are mostly us showing the player some situations that occur regularly, and asking whether he has certain tasks or orders in those situations. If he does, we take that into account in the next analysis, and if he doesn’t, we give him advice on how to act.

But usually, the player instinctively knows more or less what to do during those situations. The most important thing we do is not saying what the player has to do, it’s making him aware of what’s happening.

So it’s not telling players what to do. It’s teaching players to recognize the game situations that are fundamental for performing in their position. The only way to train this is by repeatedly showing the players that situation and making them actively think about the situation and how to act in it. So we analyze their full games and extract these fundamental situations from the games. Some of these fundamentals occur more than 30-40 times per match. We discuss these with the player after every match and slowly he will start to recognize and respond to the situations as they are happening.

Ron Jans, former coach and now technical director of Dutch Eredivisie club FC Groningen, said in an interview withLangs de Lijn En Omstreken (22:00-23:00, around minute 12:00) “This is something, ideally, that should be kept within the club. You should be able to deliver this to your players as a club and keep them happy.” And we agree.

However, like Stefan de Vrij (Lazio Roma) said in another interview with De Volkskrant recently: “It’s not possible for the club’s technical staff to go this deep with every player in the squad.” A single game analysis for one player could take around three to four hours. For eleven players, that’s already a full-time job. Most clubs don’t have the resources to offer in-depth individual video analysis to all their players. If the club even has video-analysts, they are usually working on analyzing team-level tactics of their own team or the upcoming opponents.

So no, we don’t always know what the coach wants from his player or whether he has been working on a special tactic this week, but we never go against the coach’s instructions. We try to make players think about their decisions, and the consequences of those decisions on an individual level. By doing this, the players will start to recognize the situations and will eventually know what to do in every situation. We try to bring players towards tactical awareness. (> check our previous blog about tactical awareness).