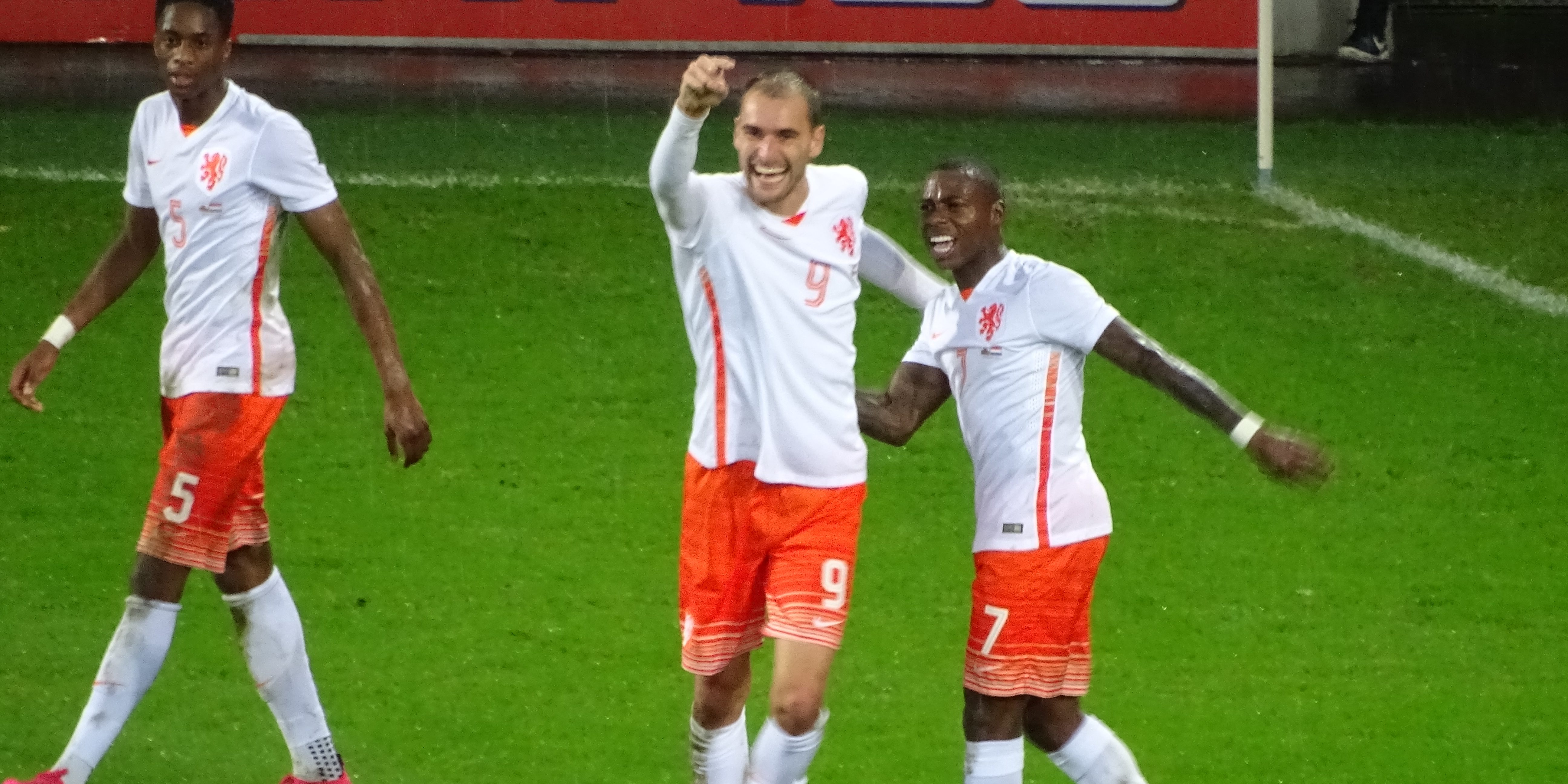 The curious case of Bas Dost

Bas Dost has announced his retirement from international football. The marriage between him and the Dutch national team was never a happy one, and now he has officially ended it. The Sporting CP striker is arguably the best goal-scorer the Netherlands has ever seen. He is the only player who has been close to Cristiano Ronaldo and Lionel Messi in terms of goal-scoring in the past two seasons. How can it be that he has never been an undisputed started for the Dutch national team?

In the Portuguese Liga NOS this season, Dost scores an incredible 1.01 goals per 90 minutes. Only Mohamed Salah (1.04) is ahead of him in terms of goal-scoring in the top-5 leagues. He also did this in 2016/2017, with an even more incredible 1.13 goals per game. In the Dutch national team, however, he has 18 caps (4 starts) and only one goal. How is it that he isn’t able to thrive in the orange shirt?

Bas Dost is a typical poacher. He is not actively participating in the build-up of his team, he is just luring, waiting for his opportunity to strike. And when he strikes, he rarely misses. He scores with almost half of the shots he takes (2.2 shots per game). His lack of participation in the build-up is nicely illustrated by the average amount of passes he makes in a game: 18. 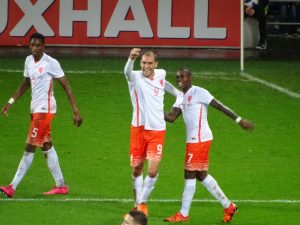 This type of striker can be very useful, but he needs a team that is built around him. A team that allows him to roam the pitch freely, looking for space. With Sporting CP, this is the case for Bas Dost. Most of the time he is positioning himself far away from the ball, in the back of the farthest central defender, sometimes even in an offside position. He is then always ready for a cross or a cutback. An incredible stat did the rounds after his goal against Belenenses last weekend: that was the first goal since March 2017 where he touched the ball before shooting it, after 45 consecutive first-time finishes. That’s the kind of striker he is. Letting the others do the footballing, positioning himself ideally for the cross or cutback, and heading or tapping it in.

Dost can play this way because he plays in a dominant team. Sporting CP is one of the three big clubs in the Liga NOS, with a large gap in quality between them and the rest of the teams. They only need nine outfield players to create scoring chances, because they are technically and tactically superior to most of their opponents. The players around Dost at the Portuguese club are also perfectly suited to his style. The two wingers, Gelson Martins and Marcos Acuña, stay relatively wide and feed him crosses, while attacking midfielder Bruno Fernandez regularly goes in depth to disturb the defensive line of the opponents, enabling Dost to take advantage.

All of this is not the case in the Dutch national team. Maybe in another time, Dost would have been a perfect fit for the system, but nowadays the Netherlands are no longer technically and tactically superior to most of their opponents. Quite the opposite, really! They need a striker that can be a focal point in the build-up, and can link up play. In the 0-1 friendly defeat against England last month, Dost played for 66 minutes and made 16 passes, including one kick-off. In the 0-3 win against Portugal a couple of days later, Ryan Babel was the first choice striker, and he made 31 passes in 84 minutes. He was constantly giving his teammates passing options and laying it off to another teammate before creating depth again.

And the players around him in Oranje are not ideal for Dost either. Where he has the two players who provide crosses in Lisbon, most Dutch wingers prefer going inside and creating chances by shooting or combining in deep enemy territory. To make Memphis Depay, Quincy Promes, Steven Berghuis and Justin Kluivert excel, you need a striker that can link up play in small areas, not just a poacher. Also, the Netherlands no longer has a true ‘number 10’, following Wesley Sneijder’s departure. Someone who is always looking for the throughball or goes deep himself before cutting it back to the striker.  Maybe debutant Guus Til could have grown into a Bruno Fernandez-like role to assist Dost, but it’s too late.

Although it may be the right decision for his own sake and that of the Dutch national team to quit, we still think his goal-scoring instincts are amazing. His sense of positioning and the timing of his runs are impeccable. In another generation, or if he had been born in a different country, Bas Dost might have been a national team’s record goal-scorer. But he was born in the Netherlands, in 1989. Although it must be hard for him, he must have realized that in this generation of players in his country, he will simply never be the first-choice striker.