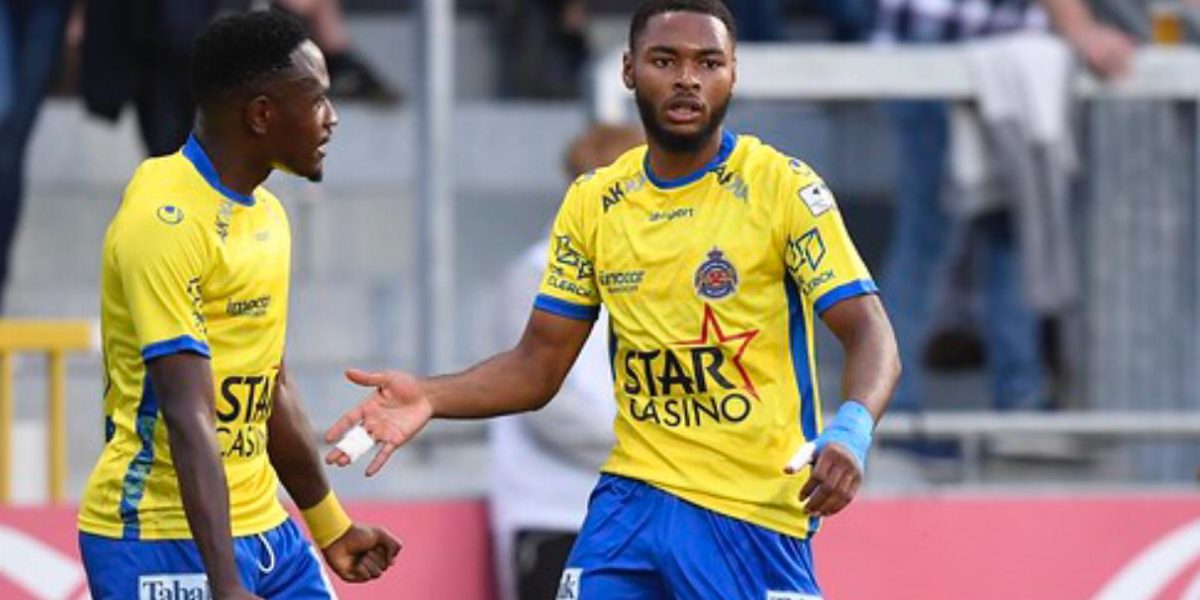 Left-winger of Waasland Beveren, Beni Badibanga is just 24 years old, but he has already played for 4 different clubs in his professional career. How did he deal with starting his career as a talent at one of the biggest clubs in Belgium, Standard Luik, and now playing for a club that fights against relegation? And how does he stay on top of his game? Get insight into how Beni Badibanga develops himself to grow to a higher level.

My role in the team

Currently Beni Badibanga is one of the regular starters for Waasland-Beveren. How did his role change during his time here? “In the team I’m the guy who can give the last pass, the creative guy who gives the assist and likes to beat people in a 1v1. In the beginning, they expected me to score a lot of goals, because I have more than one good quality. I am fast and I can dribble and I can shoot pretty well. But now at Waasland Beveren, it is harder for me to show my pace, because I don’t have a big chance to receive the ball. I need to create danger by receiving the ball on my feet earlier on the pitch. In the first games at Waasland-Beveren I noticed that I did not receive the ball as a striker when I stayed in the penalty box, so after a few games me and my trainer discussed that I needed a different role. That was the moment when I got put on the number 10 position for a few games. This position gave me more freedom and I received the ball more often. Especially in a team that is fighting against relegation, you won’t receive the ball that much as a winger. My position changed again after a while when Yuki Kobayashi got transferred to our team. He plays on the number 10 position now, and I am playing as a winger regularly.”

Know what you can expect

Even at the bottom of the competition, it is necessary to prepare in the best way possible. That’s why video analysis is an important aspect in the preparation of their games. Beni says: “Before the games we watch video analysis of our next opponent where they show us where the spaces are in their defense. Here we point out if the center back is slow for example, or that the right-back and left-back are very offensive. So this is something we take into consideration. Next to that, I have certain standard rules with two or three teammates who really know what to do when I make certain moves. One example, if I play like a winger and I receive the ball 10 meters past the midfield line and I cut inside early the striker knows that he needs to run deep behind the back of the first central defender at the moment I take my second touch inside. When that happens the winger on the other side knows that he can start his run because there is enough space to run into. This is something I discuss often with my colleagues, especially with the other attackers. Communicating our preferences to each other is important to find a way that works for both of us. It is not always possible to create this kind of connection with other strikers.”

“When I played for Standard Luik I played with a striker who scored almost every two games, Orlando Sa. He liked to receive crosses, so my coach expected me to give a lot of crosses. I was very young at that time, so the only way to perform well was by giving a lot of crosses. In this situation, it was hard to do different things. I wanted to play so I tried to do what the trainer expected of me, even though I preferred to play a little bit differently. During that time I was not in the position to demand anything different. Luckily things are different now at Waasland-Beveren. The connection between all the attackers is good. Communicating during the game is very important to create this. I’m not a player who talks a lot, but when I notice that the other winger needs to position differently, I will tell him. The coach tells us to stay close to each other, but during the game we communicate a lot to adapt to the situations.”

Being aware of your behavior

At Waasland-Beveren much attention is paid to preparing for the next game. “Two times a week we see our video analyst. The first time we discuss how our opponent is attacking. And the second time we discuss set pieces and he shows us the spaces that they leave open in different situations. He also shows how they score most of their goals. Furthermore, players receive clips of their direct opponent by mail. So with these clips, it becomes clear what the specific characteristics are of him, so I can prepare myself well. When I receive those clips I interpret certain situations a little bit differently sometimes, but in general, I am satisfied with the video analysis we have at Waasland Beveren. If you want to be aware of your behavior on the pitch, regular video analysis could be very helpful. It also depends on your quality to analyze a game when you are on the pitch. At this moment my analyzing skills are so much stronger than a few years back. In the past, it was really helpful to learn from videos of myself in certain situations. Right now I know, without looking at videos, what did wrong and what I did right in moments during the game. Experience is an important factor in this case.”

“Ideally I play on the number 10 position with a winger that can run deep on the right side and a striker that is good in the combination. On the left side the winger needs to be skillful and is strong in 1v1 situations. If I have those three in front of me is becomes easier for me. When I see the skillful player I know what to do to get him in a dangerous position, and likewise for the other attackers. If I must choose a coach I like the way how Yannick Ferrera coached the team during my time at Standard Luik. He had an intellectual way of looking at football. The way he analyses opponents is something I admire. He really knows how you can beat the opponent. We received a very detailed plan before every match and that is what I really liked about his way of coaching”

Individual training is something that Beni does next to the regular training sessions at Waasland-Beveren. It is necessary to evaluate your performance to see which aspects you need to improve. Beni mentioned: “I have the luck that I have good people around me at the moment. My brother is a striker coach at FC Lausanne Sport, in the second division of Switzerland. So during competition breaks, we practice certain parts of my game together. And during the season he watches my games and gives me feedback on what I have to do in certain situations. Should I go to the first or second post? Should I drop back to create space? He gives me his advice in these kinds of situations. And my agent Hocine Ragued is also a former professional footballer, who played for PSG. He calls me after every match to give me tips on how to improve. This was not always the case. The moment I realized that my talent was not the only thing I could rely on was when I saw the other players doing more work to improve themselves. At the beginning of my career, I didn’t watch any games or do as much extra work as I do now. So this is very important for young talents: try to sleep and when you wake up it is too late. If you sleep on your talent you will not reach your full potential. Working hard is equally important as being talented. When I was playing for Standard Luik they told me to go and play for Sint-Truiden. I remember I was laughing at the time. Now I am playing for the team that is on the bottom of the league. And that is a reality check.  But luckily the people now recognize what my qualities are because I play more often.”

Tips for a winger

“As a winger, it is important to position yourself at the second post. This is so important in my position. It sounds simple, but understanding the reason why you should be there had a big impact on the way I position myself during an attack. So the moment when I run into the box I should position at the second post. This gives me many more chances to create goals. Especially in moments when other attackers are on the ball, it is often the case that you focus too much on what they are doing, instead of taking a position at the second post. My previous coach Arnoud Mercier and my current agent tell me this all the time. Now I really see in which situations I reach the second post too late. This is something for every talented winger to seriously take notion of when analyzing your own game.”